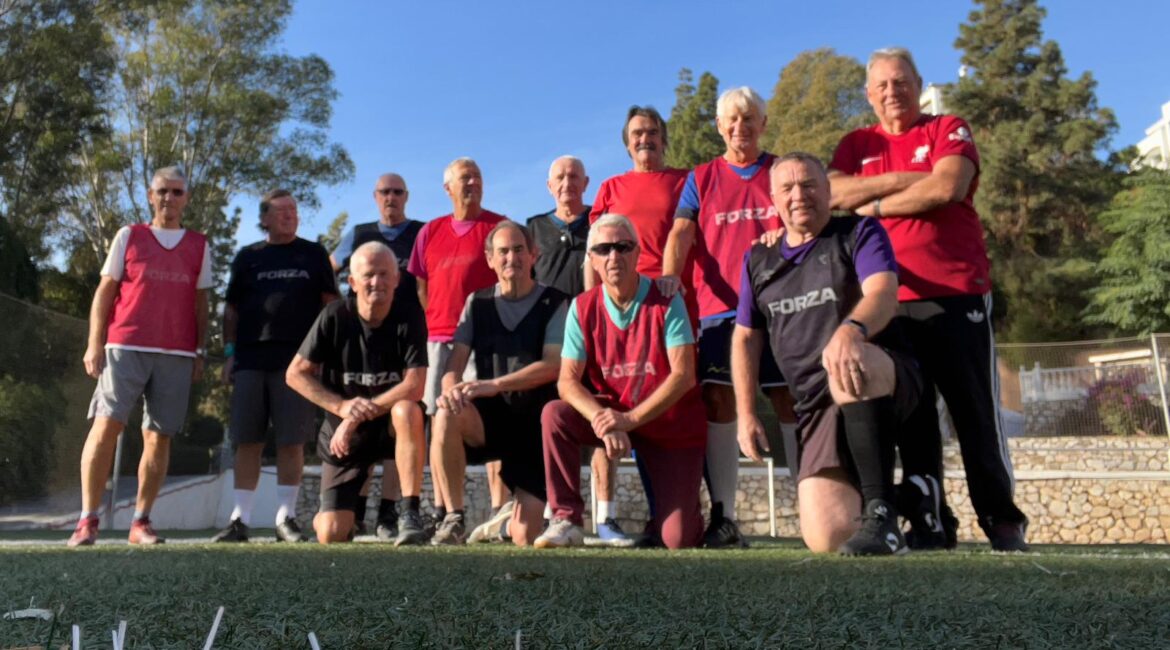 Time until the next game at Finca Naundrup

After Friday’s session being washed out in was good to line up in our more familiar blue skies for a six-a-side game.

Sam and Max were welcome returnees and Scotty, against all well meaning advice, lined-up for the Blacks.Our Session Co-ordinator confounded us all by scoring for his team before dropping back into goal.

Sam was also on the scoresheet, something Max was having difficulty in emulating. To say he was profligate would be an understatement. His shooting was woeful as he peppered the wall behind Eddie’s goal.

Come the second-half he re-found his touch and finished with a haul of five splendid goals. Let’s hope his compatriots do as well in Qatar.

Paul on the other hand outshone his Dutch compatriots with a fine hat-trick for the Reds.

Walking Football Spain (WFS) was set up in 2017 on the Costa del Sol in Spain. We operate as a non-profit private members’ club.  Currently, we have over 130 members in the age range 50-80 years from a variety of nationalities. Join by downloading form below.